Posted on April 14, 2015 by howdowefeedtheworldsstarving

This post is something of a blast from the past, or possibly the start of another series of guest post.

My guest today is Jane Routley whose novel, The Three Sisters, was released recently. This is from Jane’s press release.

The Three Sisters by Jane Routley

Three sisters, estranged from the Society they are destined to save. Elena, more beautiful than any man can resist, is kidnapped, her destiny controlled by the men who desire her. Yani, warrior woman, brave, strong, able to pass as a man, who will do anything to find Elena. Marigoth, powerful female mage, determined never to grow up, equally committed to finding their missing sister. In a country oppressed and cruelly ruled, the fate of many people lies in the unsuspecting hands of these three women.

MY REVIEW: Oyster A boy with potential By Rosalind Minett

Posted on March 8, 2015 by howdowefeedtheworldsstarving

Oyster
A boy with potential
By Rosalind Minett
This is an outstanding short story that I managed to devour in just one sitting. Rarely does an author so courageously expose truths, realities and day-to-day struggles of a boy who finds it difficult to fit in to society.
Jake tells us his disturbing story from a first person narrative which gives the reader a real insight in to his tangled thoughts and feelings that you can somehow sympathise with him and understand his unbalanced mind, while nervously anticipating what he will do next. Jake has quite the back story, as he comes from a dysfunctional family who put his safety, health and wellbeing at risk which results in him being moved from one adoptive family to another before he ends up in the Home and yet another Home before he commits his greatest atrocity in his short life so far.

Posted on February 14, 2015 by howdowefeedtheworldsstarving 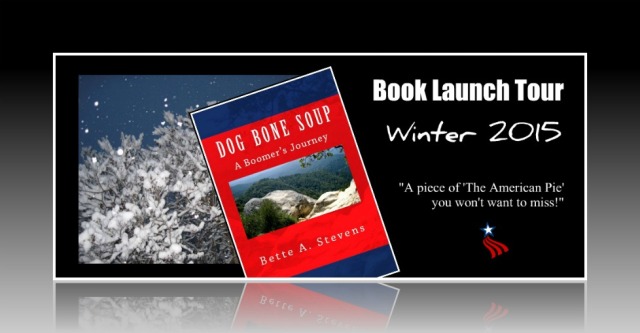 DOG BONE SOUP is not only the title of Bette A. Stevens’s debut novel; it ranks high among the paltry meals that the book’s protagonist, Shawn Daniels, wants to forget. Plodding through mounting snow and battling howling winds, Shawn is ready to leave it all behind—living in poverty, Dad’s drinking, life in foster care, the divorce, the bullies….

Travel with Shawn Daniels through the guts and the glories of life. You’ll find them all in DOG BONE SOUP, a Boomer’s coming-of-age saga.  Available now at “YOUR AMAZON”

“Dog Bone Soup is the poignant tale of a dysfunctional family struggling to survive in America in the 50s and 60s, when most others were on the crest of a wave. It will make you laugh, it will make you cry. But most of all it will make you glad you read it.” ~ Charlie Bray, founder of the Indietribe

Chris The Story Reading Ape: The Man, The Ape, The Legend…

Posted on February 13, 2015 by howdowefeedtheworldsstarving

When I first encountered Chris Graham, the man behind “The Story Reading Ape” I inquired as to what in the world was a story reading ape and how did he come up with that name?  He politely referred me to his about tsra page to explain the circumstances of his unique designation in the Blogosphere.  After all, everyone has to develop  their own brand…right?

On one of my next encounters with Chris, he introduced me to his favorite “characters” who back up his really mean emails reminding authors to send him their stories so that he can feature them on his blog.  At this point, I really became curious as to what this cyber person was all about!  As you can imagine, I in fact raised an eyebrow when he sent me this!!

As I continued to read on, I learned that Chris Graham…

Posted on January 23, 2015 by howdowefeedtheworldsstarving

Posted on January 14, 2015 by howdowefeedtheworldsstarving

The sound of the explosion of a couple days back was still on Abe Yoder’s mind but he never mentioned it to little Emily. Life was hard enough for the three year old little girl without troubling her any further. She seemed to be adjusting to her new living situation very well but there were times at night that Abe could hear her mutter in her sleep for her mother and father. Abe remembered his old Amish grandpa say that you could take the boy out of the country, but not the country out of the boy. This saying he was sure would hold true just the same for a little girl and her family. The morning was warm and sunny as Abe watched Dave and his girlfriend head off up the ridge. Emily had been wanting to explore for a number of days now and so Abe decided to…

Posted on November 3, 2014 by howdowefeedtheworldsstarving

The Light-Bearer Series by Emily Guido

Others would say I’m freak about the genre.

However, I choose to believe that we all have little quirks. This is mine.

I religiously read novels, watch movies and TV, and even go to plays of the Paranormal Romance genre.

So, with that little bit of embarrassing fact being divulged, I’m going to share with you my experience from watching the new movie, DRACULA UNTOLD.

I really loved the premise of this movie. Instead of the regular, run of mill evil Dracula . . . this Draculahad a mammoth cause to conquer.

The relationship he has with his wife and child is loving and downright heartwarming.

Yes, and I was brought to welling up as the story developed between the family.

This story of Dracula was not of selfishness or wanton evil, it was about being able…

Posted on October 28, 2014 by howdowefeedtheworldsstarving

Robert Ward’s short screenplay reading of his script FINAL JOB. A thriller with a twist with an excellent performance by the actors. Watch NOW. As of this writing it’s been viewed over 1400 times:

Comments from the writer:

“I have entered many contests over the past seven years. I was very impressed with the customer service at Wildsound. I had a question regarding my entry this year and I was contacted back immediately. I like that in a contest. Also, I was given feedback from Wildsound on my script and what I received was extremely helpful and detail oriented and it assisted me greatly in crafting my rewrite. The feedback from Wildsound strengthened my script to the point where it’s placing better in other contests as well.”

Submit your own Short Screenplay to the Festival:
http://www.wildsound.ca/shortscriptcontest.html

Read Interview with Robert Ward on the MovieBytes website:

Smashwords’ Site-Wide Promotion: Get Alianne Donnelly’s The Royal Wizard at a 75% Discount!

Posted on October 23, 2014 by howdowefeedtheworldsstarving

During Smashwords’ site-wide July promotion, from 1 to 31 July, you can get Alianne Donnelly’s The Royal Wizard at a whopping 75% discount using the code SSW75 on check-out. Grab it while it’s hot!

The kingdom of Wilderheim stands bastion between the world of humans and the Otherlands. It is ruled as much by people as it is by creatures Other and as such, it must always have a wizard at the right hand of its king. Nico has seen three generations of rulers sit the throne; he knows he will not see the fourth. Desperate to find a worthy apprentice, when Nia appears like a godsend in his path he wastes no time taking her under his wing as his last sworn duty to the young king Saeran.

But Nia and Saeran have many trials ahead of them. With destinies converging toward an inevitable battle for power, countless lives…

Posted on September 24, 2014 by howdowefeedtheworldsstarving

It's all about the grassroots, y'all.

Writer of fantasy and sci-fi.

All things horror… and some sci-fi, too...

My atempts at writing a book - how hard can it be?

blood, sweat, and glitter y'all

A Mixture Of Periodicals

'Life is cheap - make sure you buy enough'

Under the Radar Movies

utorials about WordPress, blogging, social media, and having your say on the web.

For the Love of Leading Ladies

wide awake at the edge of the world

The Neighborhood A Closer Look

What Inspires Your Writing?

A blog dedicated to writers...and the people, places, and things that spark their creativity

The Florida Irish Heritage Center is devoted to the 400-year history, heritage and culture of the Irish in Florida.

Welcome to the world of personal development and daily improvement

Remember! Once warmth was without fire.

Writing - Loving What I Do and Doing What I Love!

Tell It Once And For Autism

is me is really me